There’s much to be said for the RV. But the aircon makes an awful lot of noise and it bothers both David and myself. Dane sleeps happily no matter what. We have to turn it off at night to sleep, but it gets awfully hot and stuffy after a few hours. Yesterday, however, a coldfront came to Texas and has grace us with lovely cool weather. Cool being 28 at day and 21 at night. I could even trot around the campsite this morning without problems, it was so lovely and cool. The locals tell us that it’s the first coldfront in four months!

Yesterday was spent with the family. My other cousin Mickey and her husband Ken has arrived from Floriday with my aunt/Godmother Néné (90 years and in a wheelchair) to settle here in the hill country not far from Bruce and Nancy. This is the first time in many many years, that brother and sister are in the same state. We had a lovely family get-together at Bruce’s house, which has the most lovely patio (deck, the Americans call it) in four levels. I have absolutely no idea why I didn’t think to bring out the camera at this rare gathering, but I guess I can only blame one person for that… The extended family (including us) will be together for Thanksgiving, so I’ll just have to remember to bring out the camera then! 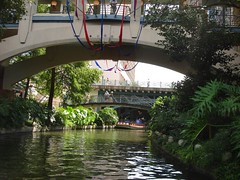 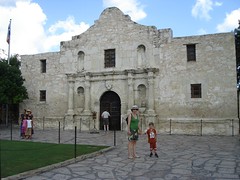 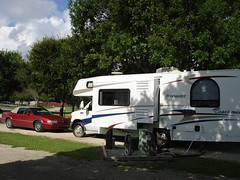 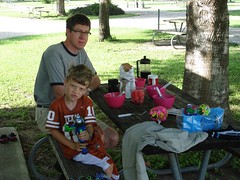 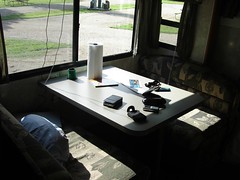 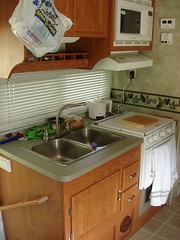 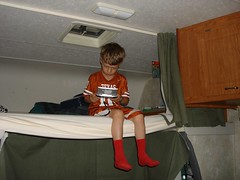 This is my new blog. I’m just learning, so have patience. If you’re one of my “regulars”, please reverse to my old blog until further notice!