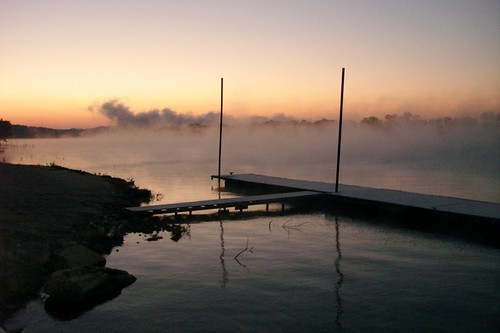 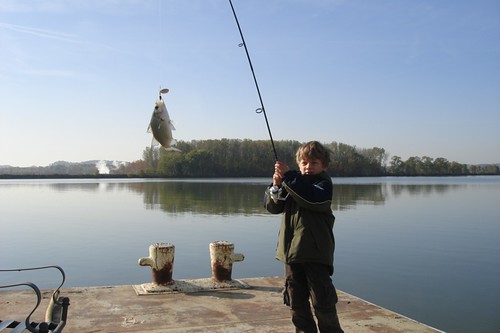 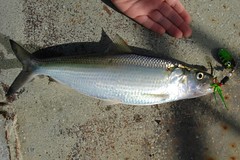 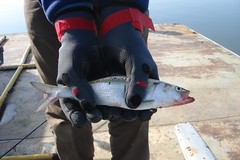 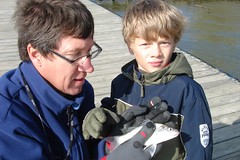 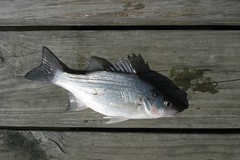 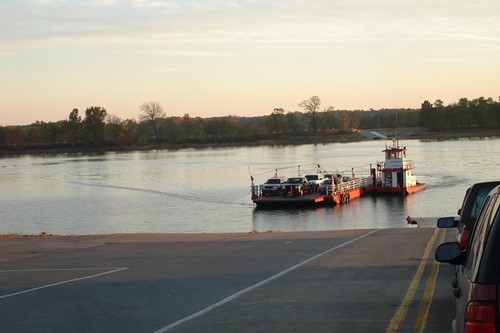 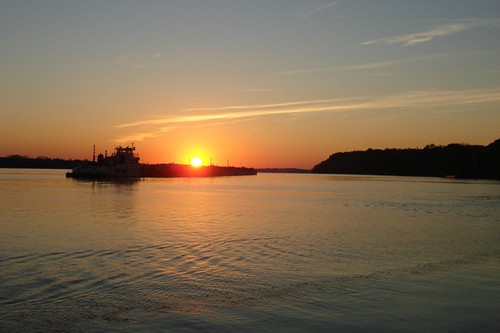 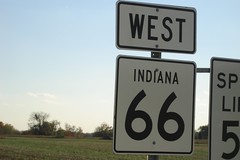 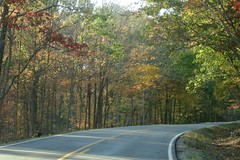 Yesterday and today we’ve been travelling the Mother Road – Route 66. To be perfectly honest, it doesn’t distinguish itself a whole lot compared to so many other roads we’ve travelled. But the part we’ve been on (along the Ohio River in Indiana) is both hilly, forested and curvy, so fun to travel. Yesterday afternoon we found a cute little campsite (more like a parking lot with electric hook-ups, gas station and trucker restaurant). Again we had an undisturbed view of the river and again David went fishing. And this time he got lucky – that’s after a week of complete draught, not a fish in sight for many days. In the dark and cold evening he caught a beautiful walleye.

That sure made his day!

We had dinner at the above mentioned restaurant. We were the only customers – alone with the two sweet waitresses and a huge tv. We watched some CNN to catch up with world news, but didn’t really figure out whether anything really important has happened out there. 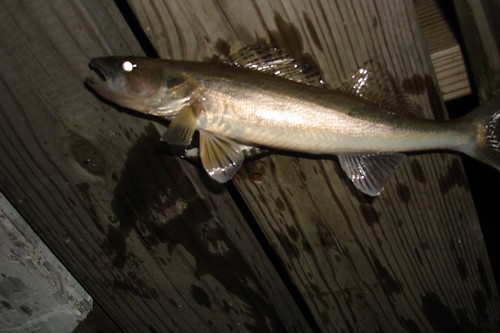 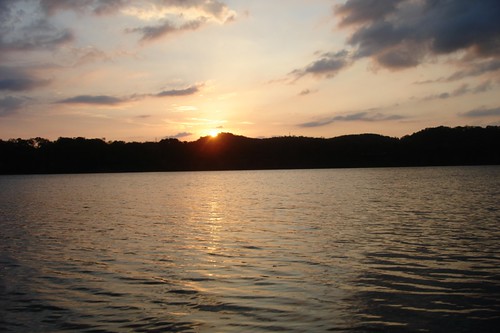 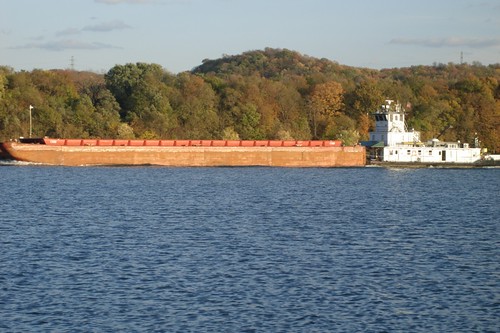