In between seemingly endless news sessions about the US election (which will not be mentioned any more today…), I’ve also watched other stuff. I accidentally stumbled over a show that has had me in stitches several times and had Dane asking me what’s so funny. The show’s called “The Most Annoying Pop Song We Love to Hate” and it’s just hilarious. As anybody who can remember the eighties will testify to, there’s plenty of really horrible songs from that period to “re-discover”, but also wonderful “period pieces” to reminisce over. In between the actual songs there are comments from a mixture of people including critics, (former) popstars, music bizz pros etc. Yesterday I was reminded of Whigfield, the Danish One-Hit-Wonder who laid Ibiza bare and then went on to conquer the world. And the horrible Billy Joel song “We Didn’t Start the Fire”. And, and, and… In these wonderful www-times, you can still watch some of the episodes on the BBC I-Player even in Denmark or wherever you are. Highly recommended – the older you are the better, up to a point. 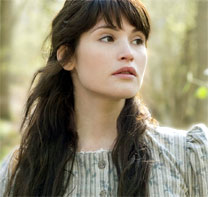 I’ve also watched two typical BBC drama series, both with beautiful young actresses. One’s just finished, it was Tess of the D’urbervilles. I remember this book particularly well, since it was the very first book I read in English. There are loads and loads of tears flowing in every episode – the last one has the most tears of course – but I remember crying over the book too. I’m guessing that many modern people (men?) will find Thomas Hardy a bit too touchy-feely, but I love it. And on a bit of a serious note, there really are people out there who, like Tess, don’t seem to have any luck at all in their lives. I even know or knew some of them. My heart goes out to you!

The other series is still on, it’s Dickens‘ Little Dorrit. I’ve never read this 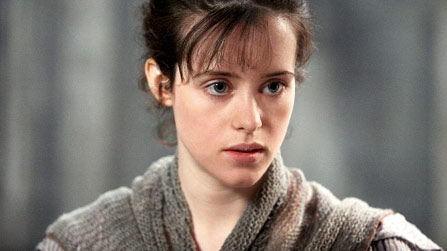 one, so the story is new, although with Dickens, you sort of know the story-line if you’ve read another one of his. The protagonist, Little Dorrit, is played by a lovely actress by the name of Claire Foy.

Back to music before I move on to the chores of the day: A month ago or so you could, if you bought the Times every day for a week, get some fantastic memory-evoking CD’s for free. So I collected the tokens and sent them in. A few days ago I received The Jesus & Mary Chain: PsychoCandy, Echo & the Bunnymen: Ocean Rain, New Order: Power, Corruption & Lies and Joy Division: Closer in the post. I’ve never gotten around to buying these albums on CD and thus haven’t heard them for a long, long time. I maintain that these four records are and will remain classics. It’s just fantastic to hear them again!