The above is a quote from Donald Rumsfeld. And no, he wasn’t talking about his latest holiday by the sea or one of his grandchildren falling into the pool.

He was referring to waterboarding. If you don’t know what that is, it’s an “interrogation technique” which the top of the American administration has allowed to be used in Guantanamo and in Iraq and Afghanistan. Get a definition on Waterboarding.org or on Wikipedia.

The top guys in Washington did their very best to cover their tracks and make it look like the ideas for waterboarding and a number of other “interrogation techniques” came from the bottom: the soldiers and officers stationed at Guantanamo and in Iraq and Afghanistan. But luckily there are people out there, some of which are even journalists, who have been digging through heaps and heaps of documents and uncovered the paper trail, which points directly to Rumsfeld and Bush.

An army of lawyers have been deployed to “legalize” these interrogation methods, which are most certainly not allowed in the Geneva Convention. Or in the American constitution…

Two lawyers at the Justice Department’s office of Legal Council came up with this brand new definition of torture: Physical torture occurs only when the pain is

equivalent in intensity to the pain accompanying serious physical injury, such as organ failure, impairment of bodily function, or even death

and that mental torture requires

suffering not just at the moment of infliction but… lasting psychological harm.

These quotes are from a memo written by the two lawyers Jay Bybee (now a federal judge) and John Yoo (now teaches law at Berkeley!!!!!!!). The quotes are from an article in Vanity Fair by British law professor Philippe Sands. It’s a very long article (8 pages), but well worth reading.

A shorter article, to some extent based on the findings by Philippe Sands, is on today’s BBC Online.

Presidential hopeful John McCain, who consistently claims to be against torture (he himself has been a prisoner of war) voted against a bill proposed to the senate about banning waterboarding and other kinds of torture. Article in New York Times.

Democratic senator and presidential hopeful Barack Obama (or Barack HUSSEIN Obama as all the right wing newsletters and blogs scrupulously write) made this statement last year about torture:

The secret authorization of brutal interrogations is an outrageous betrayal of our core values, and a grave danger to our security. We must do whatever it takes to track down and capture or kill terrorists, but torture is not a part of the answer – it is a fundamental part of the problem with this administration’s approach. Torture is how you create enemies, not how you defeat them. Torture is how you get bad information, not good intelligence. Torture is how you set back America’s standing in the world, not how you strengthen it. It’s time to tell the world that America rejects torture without exception or equivocation. It’s time to stop telling the American people one thing in public while doing something else in the shadows. No more secret authorization of methods like simulated drowning. When I am president America will once again be the country that stands up to these deplorable tactics. When I am president we won’t work in secret to avoid honoring our laws and Constitution, we will be straight with the American people and true to our values.

… so I keep my money in my pocket; or what else is the reason for the missing donations towards the disaster in Burma??? 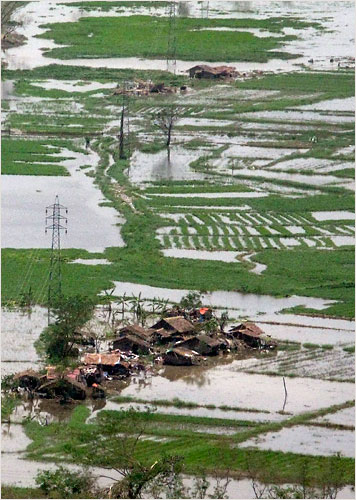 I can see that the excuse is that the regime isn’t letting the help through. And of course that’s horrible. But some of the international aid organisations like Save the Children are already inside Burma and they are litterally pleading for more donations. So why don’t you donate some of your surplus right now!

I was thinking about the not-exactly-necessary things I’ve bought within the last couple of weeks. I won’t tell you all of it, because, frankly, it’s pretty embarrassing, but I’ve bought some handkies for my husband, a wall calendar to keep up with school holidays etc., white tea to satisfy my spoilt tastebuds, a cute shirt for Dane, Vanity Fair and eh, probably a lot more. So donating a few pounds towards people in real need hasn’t exactly bankrupted me! Nor will it bankrupt you, I suspect…

The next issue of course is what to do about that awful regime down there?!? Handing Ms. Aung San Suu Kyi the Nobel peace prize didn’t exactly do the trick, did it? And the international pressure seems to be making no impression on the generals whatsoever. Small wonder, when the bulk of “international pressure” seems to be directed towards the “evil regimes” in the middle east (and then there’s North Korea). China, who is the Burmese regime’s primary protector, is probably at the core of the problem here. Because the world leaders seem to be more than reluctant to put any kind of pressure on the Chinese, no matter if it’s about their oppressive regime at home or the protection of others’. Did you know that a good deal of the war in Iraq is actually financed by China? Well, it is, because China is lending money to the US on an scale hitherto unheard of. Read here and here. And now China has to deal with it’s own catastrophe, the earthquake. The timing couldn’t be worse!

On a favourite American news site of mine, Slate, they argue for a REAL “coalition of the willing”. Namely countries who are willing to intervene on behalf of the Burmese people against their leaders. France & Germany – have another go, please! And Britain – join a coalition that’ll do the world some good for a change. That goes for you too, Denmark…

Pictures from the New York Times 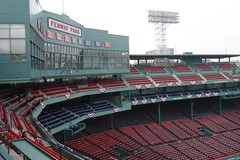 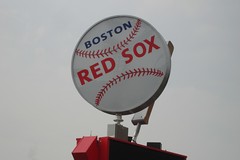 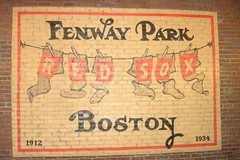 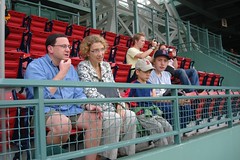