This week I’ve been thinking about and discussing copyright a lot, because of #ACTA (see my previous post). This, and an article about Jonathan Franzen’s attitude to e-books, has made me think more about how much I love books. How having them around me – preferably a lot of them  – gives me a profound sense of belonging, of happy expectations and a thrill of all that wisdom and knowledge waiting for me to discover it.

Today I saw a review of a book called Unpacking my Library where people’s book collections are photographed and they are asked questions about how they buy, read and sort their books. So inspiring. 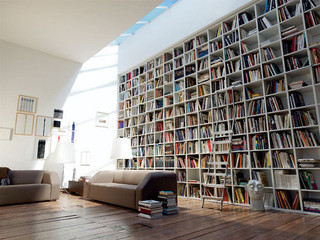 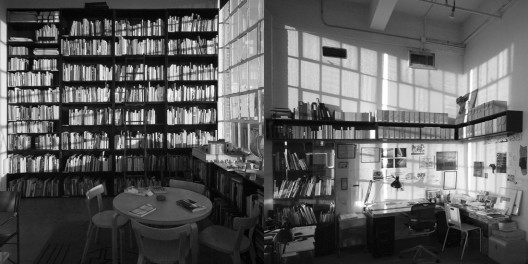 However, I’m the very happy owner of a Kindle and I certainly also get a thrill from browsing the millions of books that are there to acquire, for free or for money, at one little click.

But Jonathan Franzen’s words (link above) resounded in me and I’ve been contemplating what would happen if our civil rights continue on the slippery slope they’re on at the moment and suddenly one day we can’t be sure that a new edition of a controversial book is an exact replica of what the author wrote! That is a very scary thought and I don’t have a solution to it, because I neither think that e-books should be banned, nor do I think that the concept of paper books should prevail unaltered. Far too many books are published, printed and never sold.

But you will neither find me joining the chorus of whining authors and publishers who believe that their earnings will disappear and that the value of reading will devalue because it takes place on a “plastic device”, nor among the tech evangelists who can see no charm in the way it was.

Where I stand exactly, I honestly don’t know yet!

is another word I like a lot. My dear old Dad, bless him, has often said that the word procrastination defines him. I think that’s rather unfair, really. Except for the Mr. & Mrs. Perfect out there, we all do it! So there goes, Dad, I never bought it!

Although I in fact have been really efficient today I started the day procrastinating. While David took Dane to school, I browsed through the news over coffee and stumbled over a couple of odd pieces. I managed to control myself and NOT start blogging about them first thing, but to DO WHAT I HAD TO DO first. Which was homework for my last course of this my last semester of my BA in library- and information science. The course is about building large websites (=corporate portals) and is quite techie, which suits me just fine. But because academia is academia (can’t think of a better explanation, sorry!) most of the texts are 7-8 years old. Which is perfectly OK if your subject is ancient runes or hieroglyphs or even if it’s WWII. But I just find it very, very hard to believe that the best stuff available about the building of portals and content management was written 7-8 years ago!

However, it’s done and my conscience is clear! So now, off to the odd pieces. There was this good one about how to tackle a project and get it over with, quickly. I needed that one! And this sad article from Washington Post about how Bush has rewarded his cronies:

Less than two weeks before leaving office, Bush made sure the senior aides shared a new assignment, naming them to an obscure World Bank agency called the International Center for Settlement of Investment Disputes.

One of the Guardian blogs has a very thought provoking post about what to do with that Afghan fellow, who’s clearly guilty of something, but who’s been tortured so badly that he’s been reduced to a head-case? The post is by seasoned Guardian journalist Michael White.

Those of you who know me personally will probably know that I was always a fierce advocate of the MMR vaccine. A “scientist” published a paper linking the MMR vaccine to autism. It was just the one paper, but it had all the ingredients of A STORY in the press. And it became huge. Suddenly everybody knew a child with autism who’d had the MMR vaccine. The fact that ALL children back then had the vaccine, also children with autism didn’t get in the way of this scaremongering story. When it was revealed that the “scientist’s” data were falsified and that there is NO link WHATSOEVER between the MMR and autism, this wasn’t at all A STORY. So there was nothing, or almost nothing, about this in the media that people actually read or watch. Which led to a huge drop in children who’d had the MMR. And now we see the result. A veritable measles epidemic. Try reading about measles and think that if it hadn’t been for that “scientist”, but primarily if it hadn’t been for the media who never seem to take responsibility for anything, all these children and teens wouldn’t have to suffer the dreadful complications to measles. The illness would most likely have been extinct! Here’s the story from the Sunday Times.

Sunday morning I read an article (no, not an article, an excerpt from this book) that truly scared me. The writer James Lovelock states that we’re too late to save the planet, so all we can do – as Brits – is to save ourselves from the hungry hordes, fleeing their over-heated or flooded homes! It came much too close to the article about the honey-bee I read only a week previously. Have we really come to the brink of our own extinction? And why are we all sitting back doing next to nothing? Probably because it’s just too much for our brains to handle! What I found even more scary than the prospect of living on a diet of strictly local produce and not enough of it in 2030, was his suggestion that we need a “strong leader” like Churchill to guide us out of this mess – democracy is no good in such dire straits. I shiver to even write it!

On a less dire note, here are some recent tech news. Amazon has launched a new version of the Kindle. I still want one and I still can’t have one. There’s no news about when this lovely gadget will be available in Europe. It’s something to do with the difficulty of finding an agreement with our multiple phone companies. Hmfff. I want it soon, and so, I think, does my husband. Look here how many books I’ve bought inside the last 3-4 weeks. Admittedly some of them are for course work, but as you can see, not all of them!

Here’s a funny one – I bet my oldest son will like it. It’s about bragging of your World of Warcraft skills in your resumé… I would say it depends on the job, really, if it’s a good idea or not!

Speaking of games, here’s an odd piece. I don’t play myself, so the thought hadn’t even occurred to me. But of course – in games that are so life-like there would have to be pregnancies. And it’s fun to read how they go about the deliveries etc. Thanks to Torill for the pointer.

Oh me, dinner is served, says husband. That’s so nice, I have to go! Sorry for this messy, messy post…