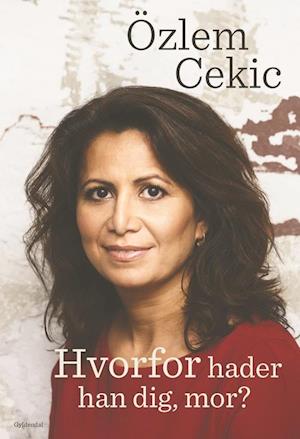 Her er et af mine yndlingscitater: 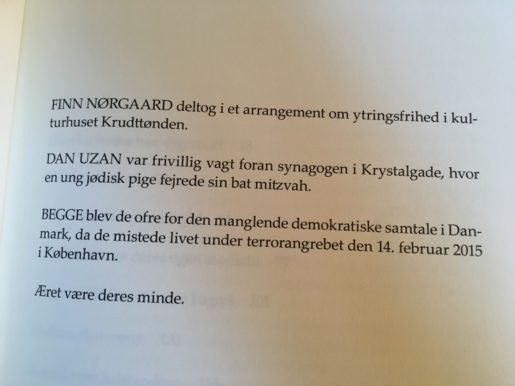 It being Mother’s Day tomorrow, the Times has asked six women, mainly writers, to write a letter to their children at 21 (they all have young children) or to share the advice of their own mothers. Some of these letters are so, so beautiful. I didn’t just well up, I had to go and get a clean hanky out of the drawer. I like Sarah Vine’s and Justine Picardie‘s the best. Found on Tania Kindersley’s brand new blog.

The Times has also compiled a list of the most powerful Muslim women in Britain. An interesting read!

Olivia James writes a very poignant piece about Mother’s Day. Read it if you have a troubled relationship with your own mother!

Hugh Fearnley-Whittingstall has a weekly food column in the Guardian. If it wasn’t online I’d feel compelled to buy the paper every Saturday. Actually, I might do that anyway, the Weekend Guardian is a very good paper, lots of sustenance! Today it’s about flour. Also one of my pet causes. I buy almost all my flour freshly milled at the Farmers Market, not least the lovely spelt. It’s a totally different experience from the supermarket stuff. Hugh forgets to mention cornmeal – not the dreary stuff that you buy to thicken your gravy, but the real stuff. I use it in muffins, which then look beautiful and yellowish and as one of three types of flour in my sourdough bread.

I’ve promised Tania Kindersley to publish my recipe for Panzanella. It’s from The Blue River Café Cook Book. I hope they won’t sue me for copyright infringement…

Cut the bread (preferably stale) into bite-sized chunks. Mix all “wet” ingredients and toss the bread chunks in this. Mix all ingredients. Don’t serve cold.

Also in the Guardian, Ben Goldacre again crucifies a number of journalists for their faulty and misleading interpretations of a scientific paper about prostate cancer.

I’ll never stop recommending TED. Probably the best source of ideas on the web. It never, never fails to inspire and to lift my spirits. Here’s about how to grow your own fresh air… What to do when you DO NOT have green fingers?

A lot of people are – as usual – angry with the new design of Facebook. Maybe I’m easy, but I’m fine with it… Here’s one who doesn’t like it, but makes a good joke of it.

Here are some very useful tips about how to customise the new Facebook. I’ve already done it – I have some FB friends whose updates are rather boring, to be frank. But I still want to keep them as friends. Done!

I don’t find any reason whatsoever to doubt this story about the GRU and the FSB in Russia using cyber “weapons” against Georgia in the war. But then I’m not a great fan of the Russian Leadership.

Oh yes, and as an Iphone owner I’m thrilled to bits by this. Can’t believe I forgot to write about it earlier!

An American soldier tells the moving story of when he accompanied a fallen soldier to his final resting place. Very touching and also enlightning. The Americans are good at honouring their fallen. Would be nice if they were as good – or even better – at honouring the wounded and crippled.

Here’s about the methods of torture applied by the CIA. You know, the ones sanctioned by John Yoo, as mentioned yesterday.

This sounds like a good plan. Geithner reveals how the US will deal with its toxic assets.

How can this and this take place in the same country at the same time? It’s about the right to life on the one hand and the right to a dignified death on the other.

With a few exceptions, which are from my RSS reader, all of the above were harvested over 24 hours on Twitter. So don’t tell me twittering is a waste of time.