We’ve got a home

now all that’s missing is the furniture, which should supposedly arrive Thursday or Friday this week (cross your fingers, would you?). We just can’t wait – having vivid dreams of sleeping in our own bed again with our own duvets etc. Oh, what luxury!

Our flat (rented) is in a converted convent. On the pictures you see the whole convent and the part we’re going to live in and the fireplace in what used to be the convent library, but will now be our livingroom! Woah! 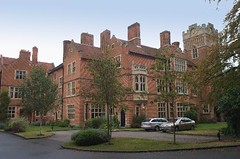 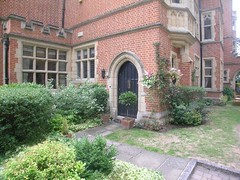 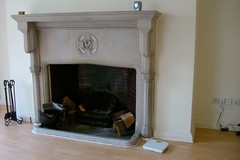 We’ve been windowshopping for a variety of necessities, both online and IRL. It has been both fun and exhausting! Except for a bed and a chest of drawers for Dane, we haven’t actually bought anything yet, since it’s probably best to be on the actual premises before you start acquiring stuff. Oh, but that’s not quite true; yesterday we ordered cable-TV, phoneline and (most important!!!) broadband to be installed. It should all be in place by the middle of the following week, so by then we’ll really have moved in…

In the meantime we’ve been enjoying the company of the family, the boys playing endlessly, the grown-ups chatting, cooking, eating, teasing each other and playing cards. Several members of the family play a neat hand of Canasta. I’m still a total novice, having to be reminded of one rule or the other every 10 minutes. But it’s still fun – we were never card players in my family, so I only know how to play a few games.

The second week we were here, we had a much missed visitor: Dane’s best friend Adam came to visit over Easter and it was the happiest of reunions. We were glad to see his parents too, but that was quite overshadowed by the happiness of the two boys. 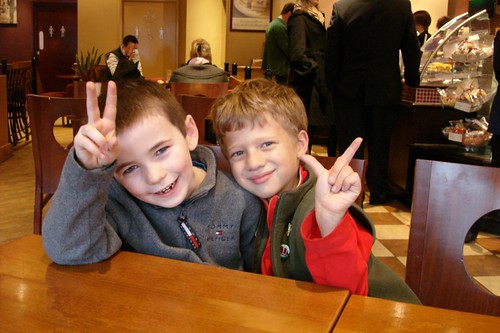 On a lovely day with the promise of spring in the air, we visited the Brooklands museum, with a vast collection of old and not-so-old airplanes and cars. It was just down Dane’s and David’s alleys, but I have to admit that I got a bit bored after the first 2-3 hours… 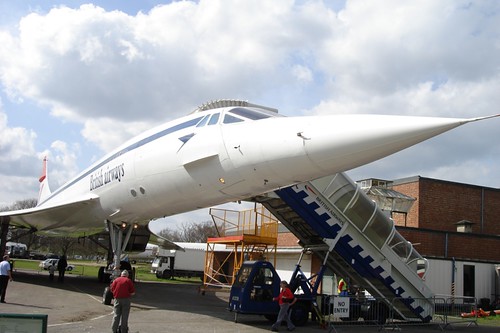 Such an impressive and beautiful aircraft – what a pity we’ll never get the chance to fly in it! 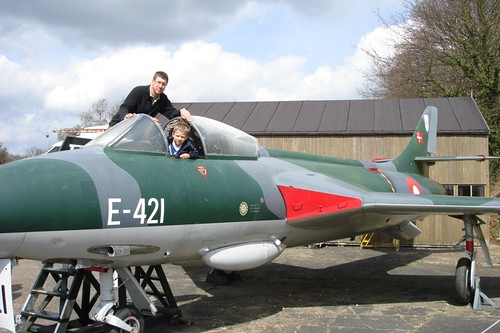 Check the flag on the tail of the aircraft!

Today we woke up to what was an expected change in the weather. All the same it was quite a shock to look out of the window and see this: 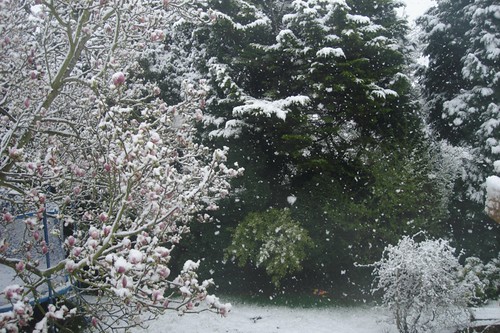 Sure, it’s pretty, but honestly, it’s April 6th and this is Surrey, England, not Denmark!