We loved Charleston. It has a destinct European feel to it, yet obviously Southern and American. The city’s architecture is inspired by settlers from Barbados, where it was customary to have your balconies on the side of the house instead of towards the front, like the houses in e.g. New Orleans. Also you find lots of single houses here, whereas the rule elsewhere is semidetached the way you find them in England. Most houses seemed to be in mint condition. There are probably several explanations for this, one being the apparent general  prosperity of the area, another that Hurricane Hugo visited Charleston with devastating effect in 1989; suffiently many years ago so that everything that could be restored has been so, and the rest torn down. But that’s only me guessing.

See some examples of the lovely houses in downtown Charleston here: 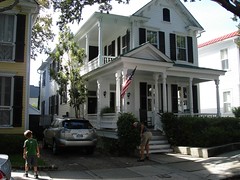 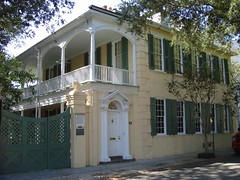 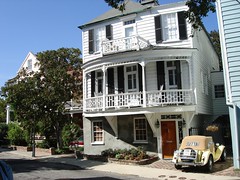 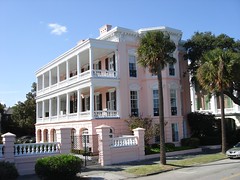 Earlier I’ve mentioned how I find it difficult with 5-digit house numbers. This one is a bit to the other extreme: 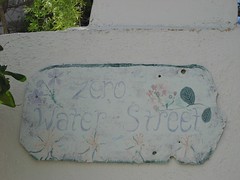 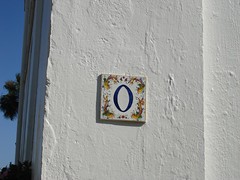 The city is surrounded by water – almost. Check Google Earth if you have it installed. It was a very windy day, so it was very nice along the Battery, as they call the easternmost part of the city, facing the Atlantic. The houses facing the sea are palaces more than houses. 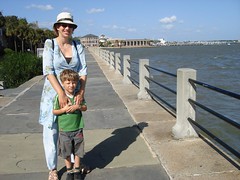 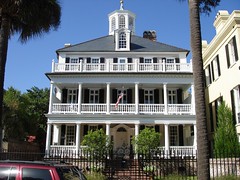 We spent quite a few days in the Charleston area – or rather David and Dane did – and we drove up and down highway 17 every day. So every day we passed a furniture warehouse that was burnt to cinders with loads of flowers and things out front. Every time we talked about what might have happened there. And one day, in another location, I saw a sticker saying: Support the families of the perished firemen. We guessed that the two were probably related and Googled it.  There’s even a large article in Wikipedia about it. 9 firefighters died to save one person. We can not even begin to imagine the kind of press coverage a tragedy like this would have had at home. And we had’nt even heard about it.

The next day we drove north along the coast. We chose to bypass the famous Myrtle Beach, finding it very commercialised and touristy. A bit further north, in North Carolina, we stopped in Wilmington. The coastline there is gloomily named Cape Fear. Nothing to remind me of Robert de Niro there, though. It was still extremely windy, so we decided to try the sea instead of the swimming pool that afternoon. Dane wasn’t too happy with that, because he’s learning to swim and you couldn’t really swim in those waves, just let yourself be thrusted here and there. However, he loved playing the lifeguard! 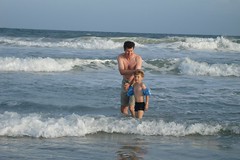 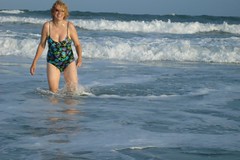 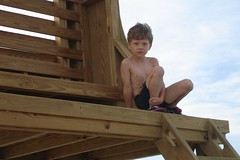 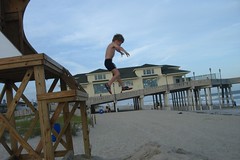 Now we’re heading inland and it’ll be a while before we see the ocean again. But we’ll see lots of lakes and rivers – and mountains. We’re headed for the Appalachian trail (part of it) and will be camping in the Shenandoah hills, Virginia. 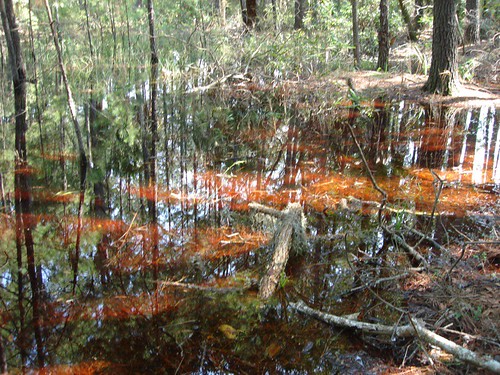 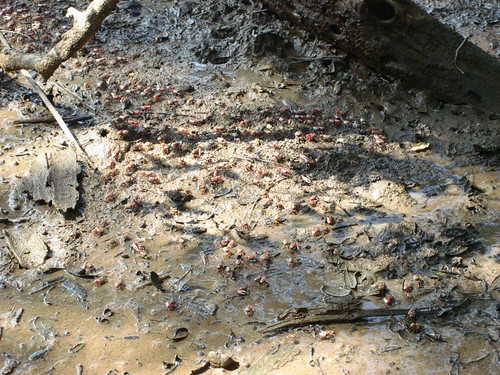 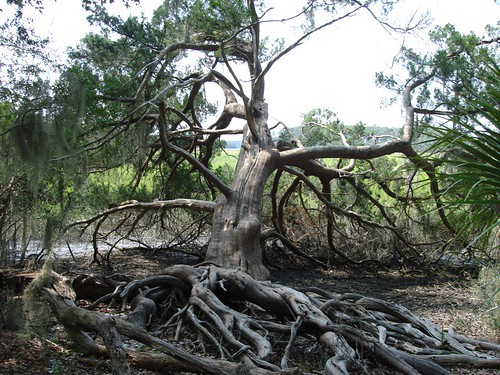 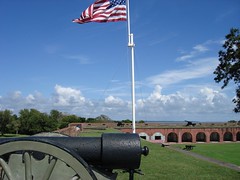 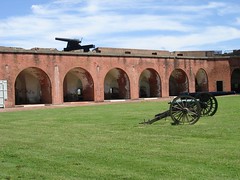 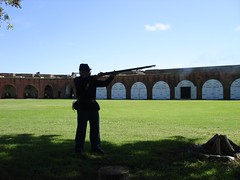 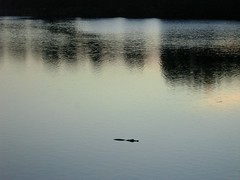 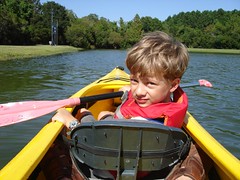 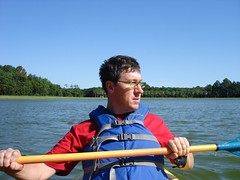 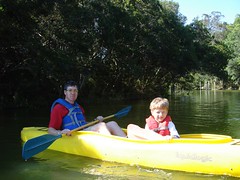 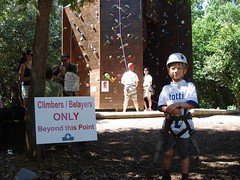 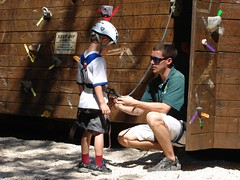 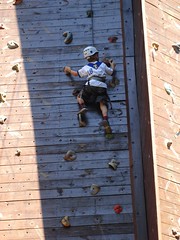 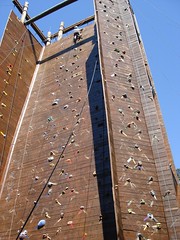 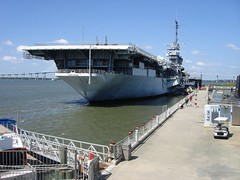 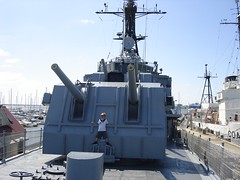 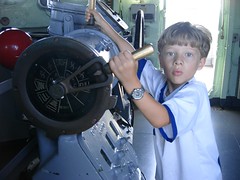 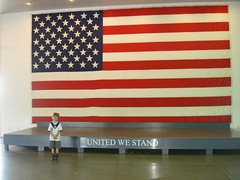