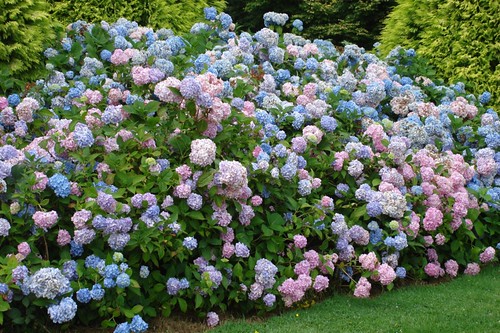 This picture of a very impressive hydrangea at Nyman’s in East Sussex has absolutely nothing to do with the rest of this post. I just had to show it to you, it’s so beautiful!

I have almost come to a point where I don’t want to come across any more interesting blogs. But unless I stop reading blogs, I’ll inevitably come across new and interesting ones. Like this one, named Interfluidity. The post that Marginal Revolution brought to my attention is about something I’d never heard of, but at least can understand, the paradox of thrift. Quite a brilliant piece on what happens when there’s CRISIS written all over the economy.

Marginal Revolution also reminds me of something I also thought of earlier this week. The Amazon Kindle looks more and more interesting. I’ve dismissed all earlier electronic bookreaders as just not coming anywhere near the real thing in comfort and convenience. This one just may be up there with good old paper and print. It would save us from having to buy a bigger house in a couple of years…

On a Danish website I found a solution to a Facebook problem. When you’ve just added a new friend, the feature “suggest friends” pops up and lets you suggest some of your “old” friends to your new friend. But next time you log on to your new friend’s page, this feature is nowhere to be seen – or found. However, the banal and rather old-style solution is to go to the URL and then just write “&suggestfriends” after the address and press Enter – voila! In the same ballgame I’ve found (through my very own search, no less) what may be my salvation. I’ve been struggling with updating this WordPress blog to the newest version, which will let me do a lot of things that I can’t do now. But I’ve come across several obstacles and have had to give it up when I’ve tried it. It has become almost traumatic… It’s a video which explains to dummies like me how it’s done. You’ll be able to see for yourself whether it works. Don’t expect miracles in the next few weeks though – too much holiday stuff going on. But then!

On the subject of happiness, Jonathan Mead wrote this interesting piece on Pick the Brain. I do think he could have tipped his hat to Daniel Gilbert, my happiness guru, but he doesn’t. He’s got his own blog, which also looks like it could be worthy of the occasional visit. 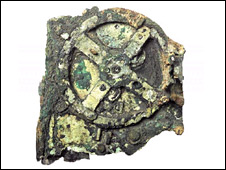 On the news I found a funny little story about “the first computer” – from 2.100 years ago. It apparently had several ways to compute time, one of which was Olympic Time, i.e. every fourth year. Read more on BBC Online and on the project’s homepage.

And in the Independent I read that Danes are only half as fat as the British. No, that’s doing terrible things to

statistics, which I’ve promised myself never to dabble in, since I saw this video on TED. Anyway, there are 18% Brits who are obese, but only 9% Danes, or so the accompanying statistics claim. So get it together, my Danish friends, and stop eating c-r-a-p food while you can! I had actually wondered several times if there weren’t more heavily overweight people over here than back home. And sadly, I was right. 18% obese people – that’s a lot!

Oh yes, and I’ve forgotten to bring you this excellent version of The Story of the Internet and the World Wide Web. It’s from Vanity Fair.