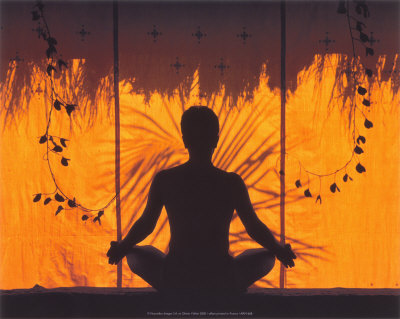 I market myself as a kind of social media strategist. Anyone who knows about these things also knows that all good things come to an end. And one day there won’t be a need for services like mine. This article is about my next career move ;-)

In my last post I wrote about the Arizona shooting. Since then I’ve read this incredibly interesting analysis on Politico. It’s about twisting words till they are devoid of meaning and getting away with it. It says for instance:

in the past week, the question of whether a carefully planned assassination attempt on a member of the United States Congress might have had anything to do with politics has been mocked into oblivion. Well, let’s see. The dominant theme of Loughner’s ravings was suspicion of the government. He apparently didn’t believe in paper money and thought only gold has value. He believed the government was responsible for Sept. 11. And so on. This is not a random collection of nutty opinions. There is a theme to it, and it is not simply that the guy was crazy.

It’s a bit like the discussions about political correctness. Once an opinion has been successfully deemed politically correct by the right, it can’t be uttered in the public debate anymore. I often wonder why the liberals don’t reclaim the term. I mean, at the moment it seems that the most politically correct statements are that “we must cut public spending to get the country back on its feet” or “we need to cut taxes so we can get the wheels spinning again”.

Sometimes the kind Internet will direct you to sources you’d normally never think of consulting. And just as we think that we here in Denmark have brilliant minds who deserve to be heard outside our small country, regional papers in e.g. the US also have brilliant writers, who are rarely heard outside their own territory. This article is from a Chicagoan paper, it’s about blogging, expectations and “what’s in it for me”. Very good and true. Posted on twitter by @KrisWager.

Here’s another news source that you wouldn’t normally come across, The Boston Globe. When we travelled the US, this was a paper that I learned to like and respect. Now I’m just happy that people on the web sometimes remind me of that. Here’s a very thorough article about the consequences of the legalisation of drug possession in Portugal. Well researched and unbiased.

I’ve tidied up my Twitter favourites and found a few gems that I’d forgotten about, re. my last post about reading lots and forgetting most. This article is a very well researched piece on why women are needed in tech companies. I’m sure that @Elektronista will agree with the article’s author and with me.

Never a blog post without at least one thing about Twitter. This is a column from The Guardian by Margaret Atwood. She’s not a young woman anymore, but she’s still managed to fall in love with Twitter, head over heals. Read about it here and follow her on Twitter @margaretatwood.

Twitter isn’t all gooey and lovely. It’s also used to spread completely unfounded rumours by people who forget to think before they write. Let this collection of tweets serve as a warning. Verify, verify, verify! Note that some of the tweets have been removed. Some very embarrassed people have deleted their tweets.

Sometimes you need to jump off the grid for a while and pretend to have a life. @sheamus has written a short, humorous post about it.

Now for some gadget news. Must haves, nice to haves. Here’s a lovely charger for all your stuff, smart and practical.

And what about this one – a sun charger for the Iphone. One that works. Apparently.

We’ve been talking for ages about using our phones to pay for stuff. And already we can buy bus/train tickets with them. Which is great. Next up is lattes at Starbucks.

Guardian is trying the free/paid option that Danish paper Politiken is also trying. Free news online, but paid app. So far I feel uninspired to buy the Politiken app (especially since I subscribe to the paper version, but haven’t been offered the app for free, grump), but the Guardian app seems to be great value, 4£ for a YEAR, that’s one pence per day.

On BBC News I’ve read this suggestion to Facebook: That they mimic Apple and vet the applications that we allow access via Facebook. This is a really good idea. I’m slightly paranoid when it comes to Facebook applications and have allowed almost none. But especially young people don’t understand what they are doing when they allow various games apps access to their Facebook accounts.

Not a gadget, not even an app, but did you know that bit.ly doesn’t only help you shorten URLs but also helps you create quick lists of links? Very practical for a birthday wish list or a shared reading list. 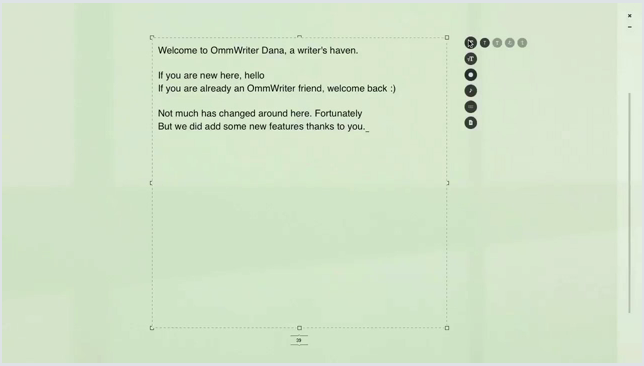 Do you sometimes need some Zen-time to focus on something you’re writing? But you’re constantly disturbed by incoming mails or tweets or Facebook posts and are too weak-minded to turn the whole thing off (like someone I know)? Ommwriter is for you then. Great little programme you download and write in. When you open it, everything else on you desktop magically disappears and some lovely yoga-style music is added to the blank-but-not-white screen. Peace.

I was recently given Patti Smith‘s autobiography and was in fact going to exchange it for something else, as I’m neither a a big fan of biographies, nor a huge fan of Patti’s. Strangely, a few days later, with the book on my desk beside me, somebody posted this interview with Patti Smith. After watching only a bit of it, I grabbed the book and started reading. Am halfway through it now. She’s a gifted writer (why do some people get all the talent?) as well as musician and the intertwined stories of her own and Robert Mapplethorpe‘s lives are gripping. Warmly recommended.

The rest of the links today are on the silly side. This is a video of an in-air proposal. Awww. And here’s a young man who seriously doesn’t want to be disturbed while reading his book.

This has been a week of loads and loads of math homework for Dane. I’m not exactly a math wizard and the family wizard (David) is not around most days. One day I had to post a photograph of Dane’s assignment on Twitter for help. Help was around five minutes away. 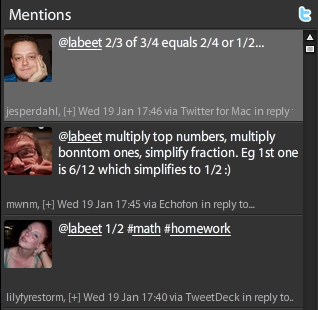 The same day, and possibly as a comment to this, someone posted the quote below on Twitter. When son gets around to equations (am bracing myself for the day), he will wholeheartedly agree.

forrigeA few days on the Interwebs
næsteEgypt, the entertainment industry and tea towels