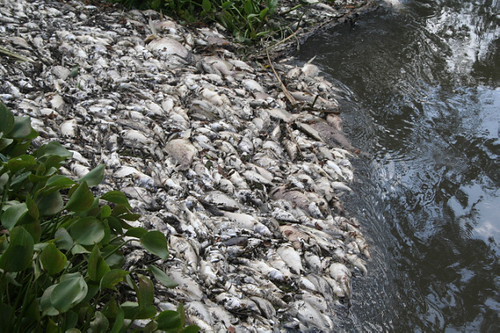 When we were on our tour of the US last year, one of our favourite states was Louisiana. We found the swamps beautiful and enchanting beyond belief and adored New Orleans (oh, the grilled oysters…). We wanted to take a tour of the swamps and decided that we didn’t want one of the “see an alligator, take a picture, go home”-tours, so we splashed out on a private tour with the Atchafalayan Basinkeeper himself. It was an unforgettable experience – and we didn’t even see an alligator. We saw lots of other things and Dean, the basinkeeper, knew every animal, bird, fish and insect in the basin. Knowing that this fantastic place will disappear within a very short time frame if something is not done, we joined the organisation, that supports the basin. Which of course means we get a newsletter now and then. Not often – since Dean is busy doing things, not just writing about them. Hm. In the latest newsletter he wrote this: 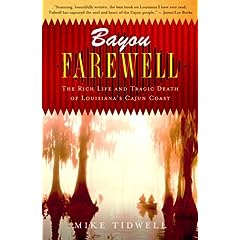 We bought and read this book about the swamps, what they mean to the eco-system of North- and South America, who lives there and why they are disappearing. It is very well written and researched and I warmly recommend it to anyone who’s interested in environmental issues. Here’s a quote from the book, where the author is talking to a Cajun shrimper (Tidwell, the author, knew nothing about environmental issues when he was first sent to the bayous by Washington Post to write a piece about the dying Cajun culture):

“All dis land around us, as far as you can see, is droppin’ straight down into de water, turnin’ to ocean. Someday, Baton Rouge, one hundred miles nort’ of here, is gonna be beachfront property.”

Oh, and speaking of books. James Lee Burke‘s detective Robicheaux  operates in Louisiana. This one takes place in the aftermath of Katrina. Both the description of the devastation after the hurricane and the plot are fantastic.

I was actually so fascinated by the swamps that I’m still thinking about retiring in a house on stilts, surviving on a diet of cajun-style cooked shrimp, jambalaya and oysters. As long as there’s Internet… 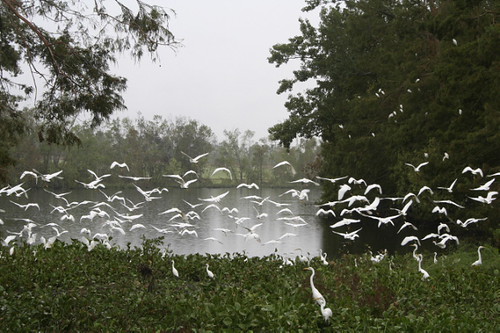