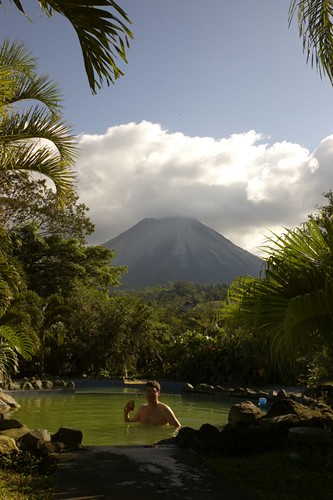 Everything revolves around the volcano Arenal in the entire area. Which really isn’t strange, since it

1) looks like a volcano from a child’s drawing.
2) is covered by clouds 75% of the time and makes you say “WAUW” when it occasionally makes an appearance from behind the clouds.
3) Rumbles frequently (several times a day) so it can be heard over most of the area.
4) Spews lava that is white and smoking by day and orange-red by night. We didn’t see it at night though. 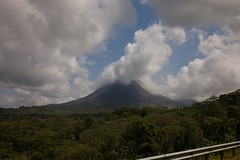 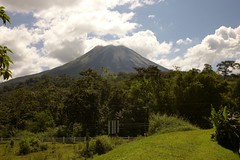 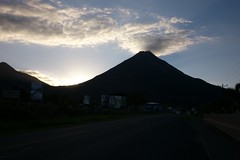 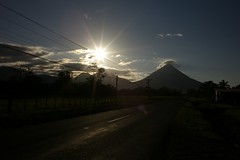 Check the facts about the volcano and it’s outburst in 1968 here.

On our first day we went on the previously mentioned Canopy tour. It was SO MUCH FUN! We’d definitely do it again if it weren’t so relatively costly. Dane is going on about it every day – how he flew over the tree tops, about the howler monkey and it’s little baby and about crossing a river 30 meters above ground. 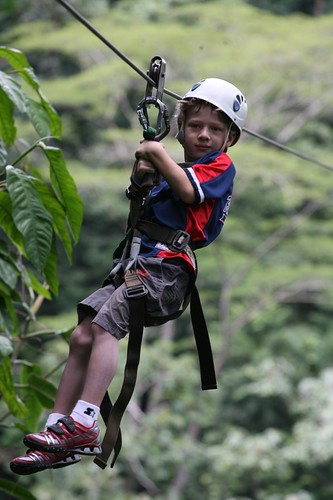 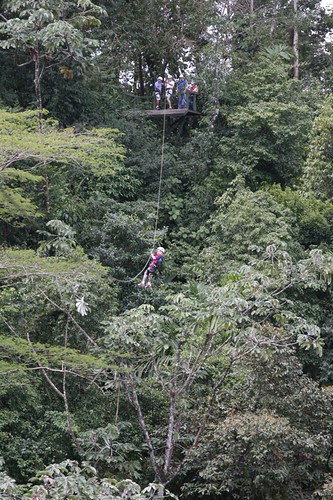 On the following day we went on a three hour tour of the so-called hanging bridges. Hanging bridges are widely used in rainforests here to be able to show off the fantastic nature to us tourists without totally ruining the eco-system in the forest. So a good deal of the time, you’re walking among the treetops. As 40% of all plants in the rainforest are epiphytes (plants that live on and off other plants), there really is a lot to see up there. 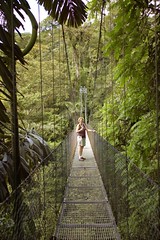 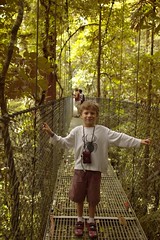 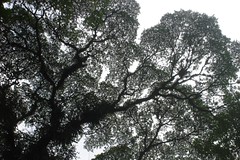 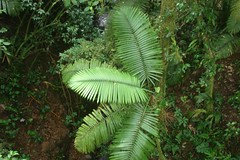 In between our adventures we spent time in the lovely hot springs at the hotel, heated by the volcano. David and I agree that a so-called wet bar really is the height of decadence! 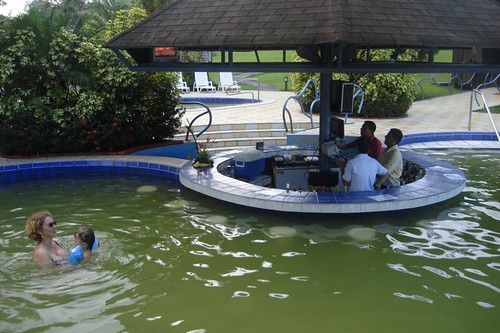