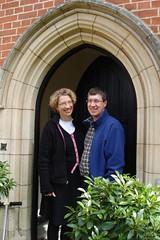 After not having had a home since September 2007 it felt a real luxury to invite some of the family over for Sunday lunch yesterday. As you non-English readers may or may not know, Sunday lunch is still an established thing over here. Not everybody does it and not every Sunday, but the butchers and supermarkets certainly cater to it, as do the pubs, so it’s not obsolete as it is in Denmark. When my great grandmother was alive we had Sunday lunch at her house almost every week, but since then the family gatherings have become less frequent and a lot more formal. That’s not something that’s particular to my family, I don’t know of any other family in Denmark who does Sunday lunches on a regular basis.

I’d cooked real food – what a nice treat! A roast leg of lamb with a glaze, diced potatoes and parsnips, sweet onions and garlic* with green beans and broccoli. And gravy, not least… Very traditional, but lovely all the same. 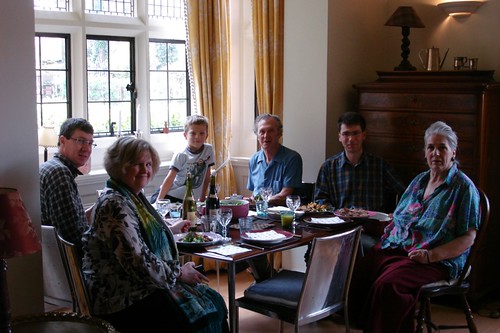 After lunch the sun came out (more or less for the first time in weeks) and we scuttered outside. Dane quickly convinced David, Chris and Colette to play a game of tennis – it’s tempting now that his uncle Chris has donated several rackets, a dozen or so balls and a rather ingenious contraption that picks up the balls without you having to bend down. 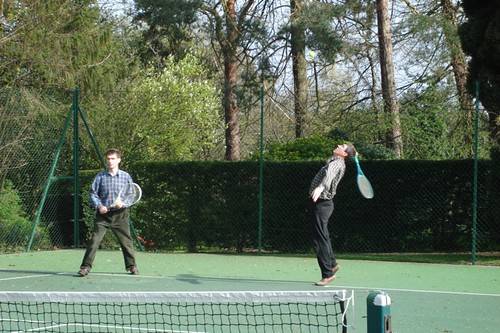 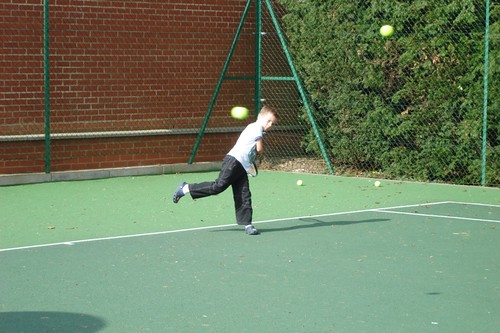 When everybody were sweaty and tired (not me and Granddad, we’d just been watching and picking up the odd stray ball), we returned to the flat for tea, coffee and Canasta.

What a truly ordinary yet lovely way to spend a Sunday!

* Here’s a little tip I found in Sainsbury’s Magazine: For a roast in the oven (in this case leg of lamb) when you want to have onions and garlic in the bottom of the pan to enrich the gravy: Peel and halve the onions and separate the cloves, then boil them for app. 10 minutes before you put them in the pan with the roast – they become much sweeter that way. For six people use 8-10 smallish onions and 1-2 heads of garlic.