I saw this tweet earlier today and was reminded of how often I get that feeling.

One thing is that some people have the time, the energy and the wherewithal to transform a tweetet link into a blogpost or FB-status update at the time when I tweet it into my timeline. Good for them and sad for me that I didn’t sit down and do it right there and then. Another thing all together is when people don’t acknowledging their sources.

When I read something directly on a website, I’ll tweet the link with a comment or my own angle on the story. If the link comes from Twitter, I’ll tweet it as an RT or with a via-reference. Generally, and I believe that people who know Twitter well will agree with me, you know whether something interesting has been tweetet *from a stream near you* earlier that day or not. A few times a month I *know* that I was first with something – if not the link, then the angle. And then I get REALLY annoyed when other tweeps pass it on as their own in tweets, blogposts, newsletters, etc. Why can’t they just mention, in passing, where they saw it first?

Am I being over-sensitive, I wonder? 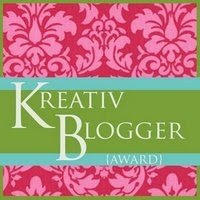 I found this beautiful film by Till Credner on the Long Now Blog.

have kept me from blogging. No running away from the busy bee, but must extend working day at other end! On Sunday I read a very thought provoking article in The Sunday Times, which they’ve been kind enough to publish online. It’s by another of the paper’s excellent writers, Bryan Apleyard and it’s about the possibility of actually proving the existence of an afterlife!

I guess that when someone close to you die or is close to dying, and when you yourself feel mortality creeping up on you, these things become important. I don’t particularly want to “go to Heaven”, but am no fan of the idea of just disappearing without a trace. I always wonder what atheists tell their children when someone close dies? “Your best friend got run over by a car and now he’s nothing.” It may be that I’m just a coward, but I could never say that!

Something along these lines is also this TED talk by a neuro scientist. You’ll have to bear with her absolutely horrible accent and just listen to what she actually says and the humour with which she says it.

Not much time for blogging today I’m afraid – there’s the Christmas thingy at Dane’s school today where I am manning a stand, where the kids can make origami Christmas decorations. My origami is in fact a bit rusty, since I haven’t had time to indulge in folding lately. But I’m sure it’ll all go just fine.

In my latest post (just below this one, if in doubt) I told you that I was aiming at spending two uninterrupted hours on my course work on the following day. This just to tell you that in fact I did that. And it wasn’t as hard as I’d thought. I’m sure it helped that I had publicly stated that I’d do so. One has one’s pride!!!!! Besides, it gave me a great sense of having actually done something. Accomplished something. So it was well worth it and I’ll do it again. Tomorrow :-D

If you have your own website and/or blog, you should check this post by Kevin Kelly. Interesting.

This really speaks for itself. I found it on Ezra Klein’s blog.

Christopher Hitchens with whom I agree on very little, but who’s intelligence I most certainly admire, has this column on Slate. The below quote is his finishing lines. Before that he argues very convincingly – read it yourself!

This is what the Republican Party has done to us this year: It has placed within reach of the Oval Office a woman who is a religious fanatic and a proud, boastful ignoramus. Those who despise science and learning are not anti-elitist. They are morally and intellectually slothful people who are secretly envious of the educated and the cultured. And those who prate of spiritual warfare and demons are not just “people of faith” but theocratic bullies. On Nov. 4, anyone who cares for the Constitution has a clear duty to repudiate this wickedness and stupidity.

I received a message on Facebook from my old friend Lone Skovgaard about the power of being FOR something rather than being AGAINST something else. It is a very relevant point. So let it be noted that I’m

So first I spent many, many days trying to update my “old” WP blog, which runs on a very old version of WordPress, not allowing me to do several things I’d like to do. In the end I had to give up. Nobody seemed to be able to explain to me what the error message I keep getting means. Or maybe they thought they explained it, but I couldn’t understand it. And then what is it worth? I got as far as successfully backing up the blog and I can also see the Automatic-update plug-in on my plug-in page. And I can activate it. But when I try to do the actual update, I end up in a loop between 4-5 pages, which keep telling me to do the same thing. And I get the above mentioned error message (posted in bottom of this post).

OK, so I give up and create this new WP blog. Rather irritable because it  means a longer and less obvious name. And irritable too because I’m not usually a quitter!

The REAL agony starts now though. Because when I logged on this morning, I was made aware that yet another upgrade is now available and recommended, so I decided to do the super-easy automatic update immediately. And guess what happened? Exactly the same!

I realise that there’s something I have to do with permissions or re-naming of files. But what is it exactly?

Oh, and while I’m at it. I made the mistake of calling my tags categories. But when I wanted to revert this – which WP allows by the click of a button – I got the message that a mistake had taken place and it couldn’t be done.

I understand that others have the same or similar problems. Please help, dear WordPress-creators, who we hold in such high esteem!