We have officially left the South

Because we’re now in Pennsylvania.

We spent a few days in the Shenandoah valley because it’s so incredibly beautiful there and there are lots of sights. One of the musts of the area is Thomas Jefferson’s house Monticello, which is the only American building to have made it onto Unesco’s list of World Heritage Sites (Denmark has two, Roskilde Cathedral and castle Kronborg). Thomas Jefferson was the father of the Declaration of Independence (All men are created equal…) and simultaneously he owned more than 600 slaves in his lifetime. It is just SO hard to understand that a man, who had spent a lot of time in Europe, was completely absorbed by the thoughts of the Enlightenment and who was clearly a very intelligent man, could believe that negroes were not “men“? 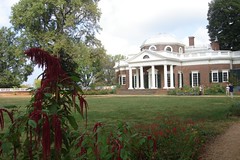 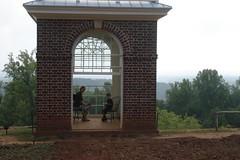 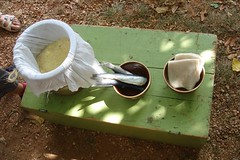 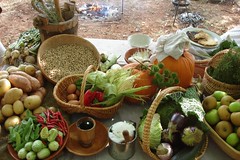 The house was interesting, but not overwhelmingly so. But the demonstrations of the craftmanship of the slaves was quite interesting. We got to see how they made nails, baskets out of woodshavings and carpentry. And they showed us all the lovely fruit and vegetables the slaves grew for their masters to eat. We also saw what a grown slave got to eat in one week. Beside that he was “allowed” to grow his own veg and catch his own fish in his spare time – that’s at night and on Sundays.

The next day we went and saw the Luray Caverns – prehistoric caverns with fantastic formations of stalactites and stalacmites. We laughed at the tour guide, but not where we were intended to laugh. I don’t know if this is typically American – it probably isn’t – but most of the formations were named after Disney characters!!!! He’d say something like: “See this structure here, we call it Pluto, you folks can see why, can’t you?” And everybody laughed. We found it slightly weird to name these majestic ancient structures after cartoon figures!?! 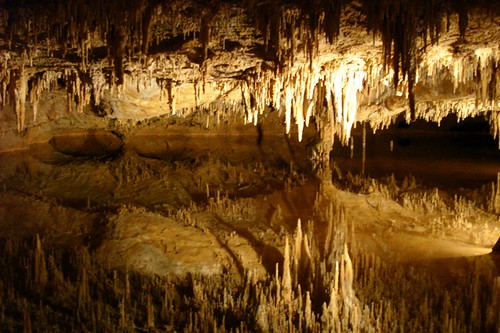 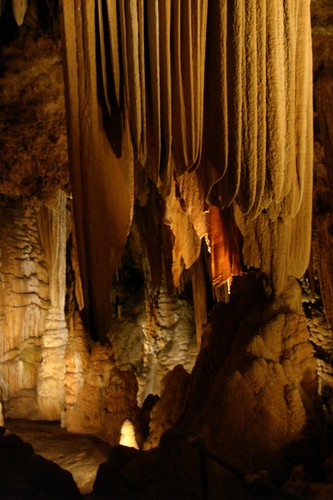 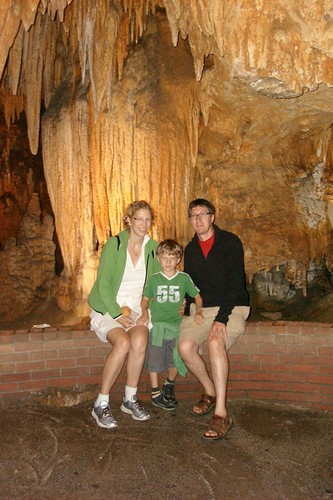 We loved the country roads in Virginia – the rolling hills, the dense woods, the roadside stalls with apples, pears, cider… 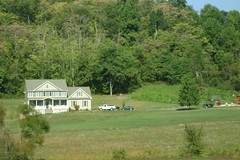 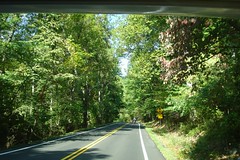 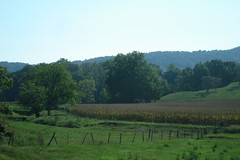 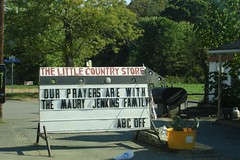 Last night we just made it into West Virginia to a huge campsite with lots and lots of people. It was the first time we’d seen that many people (and children – usually it’s mostly retired people) at a campsite. The explanation was that today is a national holiday – Presidents day. This morning we set the GPS to take us to Gettysburg in Pennsylvania, a relatively short trip. And it took us back into Virginia, then into Maryland and then, finally, into Pennsylvania. It was map-hell, I can tell you that! Well, now we’re well into a big state that takes up two pages in our map of the US.