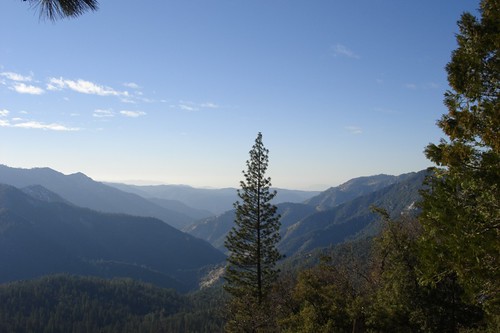 Based upon the weather forecast we decided that the weekend would be the right time to visit Yosemite. It is very cold there (compared to here, that is), but the forecast promised two days of sunshine, so we got up early Saturday morning and drove east. The drive was four hours, mostly through rather dull country with vast suburbs and industrial complexes. But approx. an hour before reaching the park, the climb begins and the countryside is transformed. The mountains in Yosemite are up to 12.000 ft (4.000 m.), so what rises in front of you is indeed impressive! What surprised us was the snow – the park was covered, except the valley, which apparently almost never sees snow due to the very special meteorological conditions there. 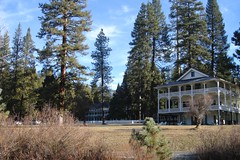 We had booked a room at the famous Wawona hotel (as the even more famous Ahwahnee was fully booked and too expensive anyway) and checked in at 1 pm. We dressed for the weather – cold but beautiful – and drove into the Yosemite Valley. Even though prepared for some astounding sights, nothing can prepare you for the vastness of it all. Many of the roads are closed during winter, so two days were sufficient to see the sights of the valley, the museum, the Ansel Adams gallery and the visitors’ centre with a fine and child-friendly exhibition about the evolutionary history of Yosemite. 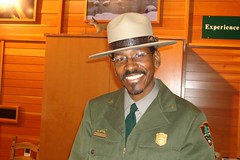 We have come to appreciate the park rangers very much. They are always very forthcoming, very polite and very well informed. So we usually make a point of talking to some of them, when we visit a state park. The handsome ranger (check his crisp uniform) on this picture surprised us by saying: “Oh, Denmark, that’s where Hans Christian Andersen, Carl Nielsen and Karen Blixen are from!” Wauw! Most people know about H.C. Andersen, but not a lot of Americans know of Carl Nielsen. The ranger played the clarinet it turned out, and Carl Nielsen’s 5th symphony was his favourite… 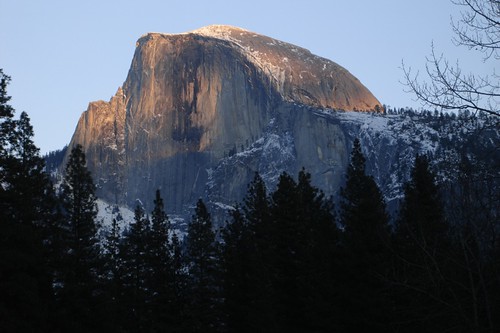 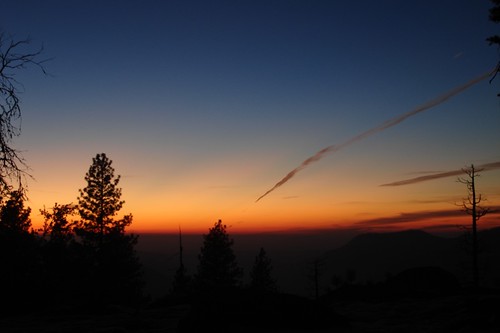 We stepped out of the car to take photo shots and make short hikes every ten minutes or so, caught the sunset and then headed back to the Wawona. Staying at that hotel was a mixed experience. The bar and lounge next to the dining room were beautifully decorated for Christmas, a log fire was burning and there were lots of people in festive spirits, even though everybody was dressed for hiking. There was a pianist playing WW II songs (Bluebirds over the white cliffs of Dover, etc) and chatting with the guests and we had cocktails before dinner – all very much in sync with the spirit of the place. The dining room was also pretty and the waiters nice and attentive. The food was not memorable, but the draft was! I think you could fly a kite with the gusts that came from under the veranda door!

Dane was very tired, so we quickly went to our room. Quite a nice room with a double and a single bed and a nice bathroom. And it was sweltering in there (we’re guessing 85 degrees F (28 C)), which felt nice coming from the icy dining room and the freeze outside, but felt uncomfortable as we discovered that the heating couldn’t be turned down. OK, we opened a window and let a bit of freezing air in. But then there was the constant loud hissing of air escaping from the vent and the irregular clanging. Have any of you ever been to a place with a pre-war, cast-iron radiator central heating system? Then you’ve experienced the clanging, when the system overheats. We really tried to sleep, but it was impossible. After much swearing and cussing David got dressed and went over to the reception (you have to cross a large courtyard) to ask for another room. So in the middle of the night, we transferred – with sleeping Dane – to another room across the yard. Oh, what a difference that made! Normal temperature and absolutely no noise!

The breakfast was included and very nice. Dane had waffles with honey and hot chocolate and was MMMMM’ing a lot. Then we went ahead and saw more stunningly beautiful views and went for more lovely walks through the impressive woods. I won’t bore you with inept descriptions, but have a look at more pictures here, to get an impression. 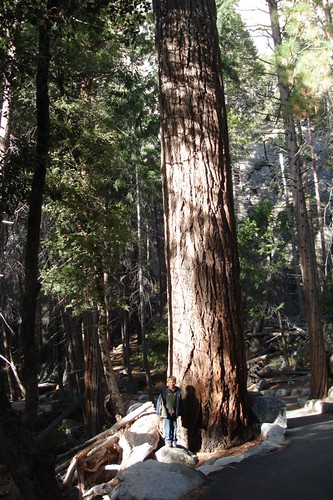 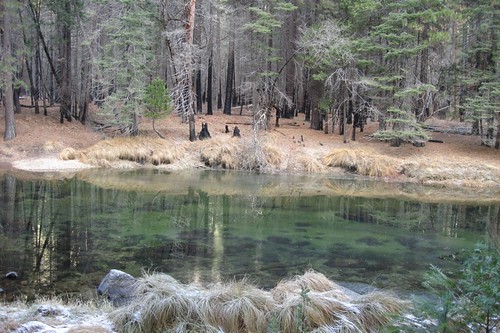 By eight o’clock we were back home, very happy that we’d taken the trip.