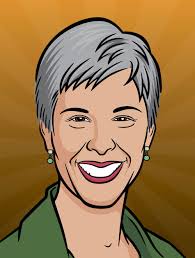 I could have a profile with this avatar. Would be correct signal about age and gender, but all else would be open!

The other day I was reminded of something that happened in the very, very early days of social media, long before it was called social media. I think that it’s relevant to today’s discussions about our “true identity” – online or off line or both.

Many many years ago I worked for Nordisk Film/Egmont (one of the largest entertainment groups in Scandinavia) and was part of the earliest experiments with web there. Egmont offered a portal or a community or something, I forget, think it was called EON. There, you could have a profile and chat with others on that same community.  Obviously, back then, there were only a few people on there and the majority were my colleagues from Nordisk Film and Egmont. I was never accepted by the large group of journalists working for Nordisk Film’s various television programmes. Except for the fact that I am not a journalist, I never quite understood why.

To try and understand it better, I decided to start a second profile on EON, this time not as me. But I was careful to write exactly the same kind of messages, with the same “privacy level”  and the same kind of civility that I’ve always wanted to be an exponent of.

The interesting thing was that while most of my colleagues more or less ignored me as me, they were absolutely intrigued by the other me. Although there was NO difference in the content of my posts. And, mind you, there were a lot of other anonymous users, I was not the only one. It was the norm then, to be anonymous.

I, as me, was an uneducated person who, for reasons unknown to most, had landed the attractive job as press officer for Nordisk Film. In my late thirties, a single mother, no journalistic experience but with a history from the music business they didn’t know of and weren’t interested in, anyway. So, in reality, that was what they saw when they saw my posts. Not the actual content.

However, the other me must have been rather witty and intriguing, because I received lots of attention and inquiries and was chatted up by both sexes in numerous ways. It was most disturbing and discouraging and I closed down the profile.

On Twitter I see echoes of this in some instances, e.g. people at the top of the social hierarchy (e.g. with prestigious jobs) who receive a lot of undue attention on Twitter despite their boring and uninspiring updates. In others, the opposite, where I’m extremely pleased to see e.g. heavily overweight people transcend this social handicap and gain lots of followers and have lively interactions based on the content of their tweets alone. Even though their Twitter-friends are aware of their physical appearance.

Personally, I don’t find it too difficult to draw the line between what can be uttered among colleagues at the office or at home with friends and what can be posted to Facebook and Twitter. While I may say in a circle of friends that so-and-so should get it together or something like that, I’d never post that anywhere in writing. Not because I can’t stand by my words but because you need to know the full context to fully understand it. And with hundreds of “friends” on Facebook and Twitter, it should be life rules for dummies that they are not all aware of that context (and that one’s for you, Ditte Okmann).