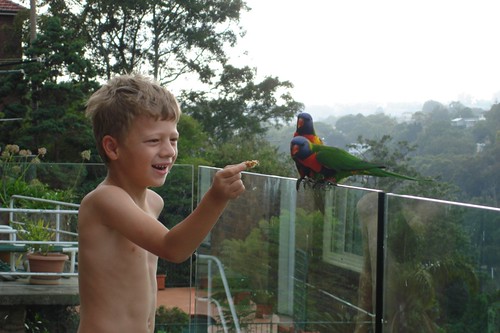 We were in and around Sydney for a little more than two weeks, but on Tuesday we boarded an Etihad Airways flight to London via Abu Dhabi. That concludes our travels of a little over six months. What a feast it has been!

I’m sure I’ll get back to philosophical reflections later – now I’ll try to give you an account of our time in Sydney and of our excursion out of there.

We’ve done the “main sights” here in Sydney, the Opera House, the Aquarium, the harbour trips, the Botanical Gardens, the Fish Market. 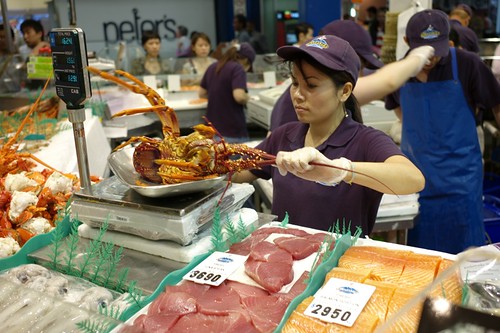 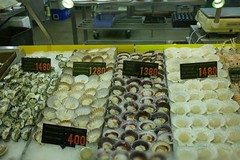 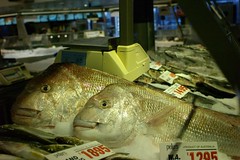 The Aquarium was great, but Dane wasn’t at all impressed with the Great Barrier Reef section – been there, done that… The basin with the sharks, the giant turtles and the massive stingrays did impress him though! 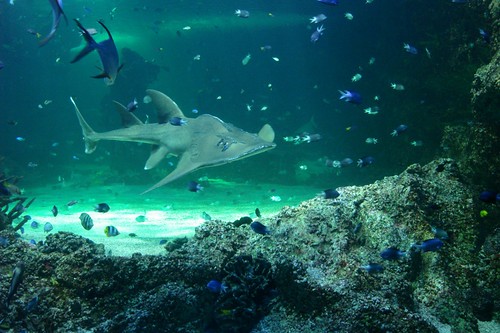 The Opera House just leaves you in awe, when you first lay eyes on it. And it really doesn’t matter what the angle is and what the weather is like, when you first see it. It is just truly impressive. However, it does look great in sunshine, with the thousands and thousands of tiles reflecting the light. We didn’t go inside – it cost an arm and a leg and our trusted Lonely Planet guide warned us that it would be a disappointment. While it makes you proud to be a Dane, it’s at the same time such an embarrassment. Why is it we don’t have a major work by this master in Denmark? 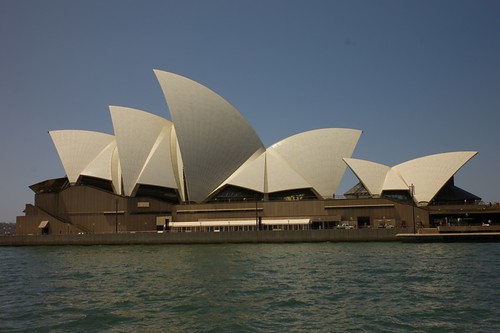 The first week we used only public transportation: Copenhagen – shame on you! It is well functioning, well signposted, there’s lots of it and it is ridiculously cheap. We truly enjoyed both the busses (polite and extremely helpful drivers – every time), the metro (lots of trains to everywhere) and the harbour ferries. Oh, how enjoyable to go to work every day by boat (particularly in this climate)! Also, Sydney’s northern suburbs where we’ve had our digs, are very, very nice. Actually they remind us quite a lot of the San Francisco suburb we stayed in.

For the second week we rented a small car to take us a little further. Driving is in fact also quite easy in Sydney, everything thoroughly signposted so even directionally challenged people like David and myself can find our way. We visited friends and family in various prosperous and lovely suburbs and we went on one longer trip.

Everybody says that if you have a car and a few days to spare, go to the Blue Mountains. So we did. Going there we were reminded of Virginia. Both landscape and climate seem to be quite similar. On the way we were lucky to spot a very nice looking restaurant – really quite anonymous from the outside – for our lunch. It was Sunday and they served Sunday brunch with easy-jazz. Oh, so nice! Toque in Kurrajong hereby comes warmly recommended. We spent the night at a lovely B&B in Leura called Broomelea – the best bed in six months! We also had a lovely dinner at Silks in Leura, so all in all it really was a very pleasant stay. 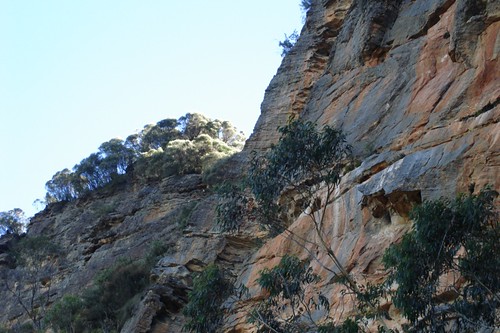 Not until the next day did we really see the Blue Mountains and that was a neat surprise. It takes its name from the blue haze, created by the evaporation from the forest of almost only Eucalyptus trees, which covers the mountains. The mountains are not particularly tall, but they do look a lot like the Grand Canyon some places (smaller version, naturally). At a place called the Three Sisters, you can walk down to the forest floor. It does claim to be “a giant staircase”, but after having done 300 steps without much trouble in California, I didn’t think much before starting down. It was a loooooong way, though! Not until you get to the bottom of the steps do they tell you how many. 900. And that’s just before you have to go back up… I really was out of breath and sweating like a certain pink and smelly animal. But I was proud of making it at all – in flip-flops ;-) 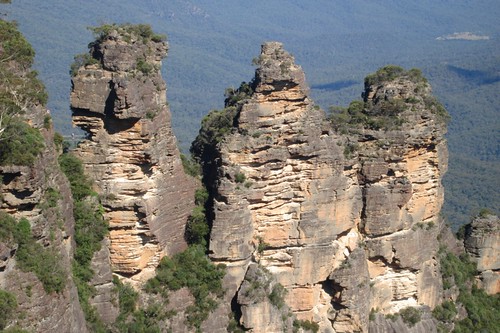 In the evening, driving in the pitch-blackness, where cell phones are as useless as snow scooters, we encountered a BIG kangaroo. It just sat there, in the middle of the road. Luckily David reacted very quickly to my warning and braked and swerved carefully without skidding and without hitting the poor roo, who only got out of there in the last moment. It took several days before the silhouette of the roo in the car’s headlights disappeared from our inner visions.

From the Blue Mountains we went on to Hunter Valley, New South Wales’ wine region. It’s where the Lindemans wine, which we find on any shelf in the US and Europe is produced. Luckily, there are numerous other wineries. David chose to visit the oldest in the valley, the Tyrrell Vineyard, founded in 1858 by Englishmen. Meanwhile Dane and I went and saw a cheese factory and tasted a lot of cheese. Dane couldn’t eat lunch later… We stayed in Hunter Valley two nights at the Billabong Moon B&B, which was also very nice. 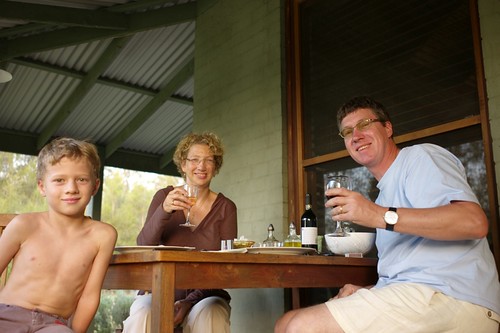 By the way, did you know (I didn’t) that Billabong isn’t just the name of a fancy surfer brand, but is the Aboriginal name for a lake, which appears during the wet season and disappears again in the dry season. In a place like Australia it’s very important to know where a lake suddenly appears, so you don’t build a house there during the dry season!

After coming back to Sydney we visited the Taronga Zoo, which was such a pleasant surprise. It has a marvellous view of the Sydney harbour, it is well proportioned, and most of the animals seem to be having very good living conditions. They use glass much more than other Zoos I’ve visited, which brings you so much closer to the animals. 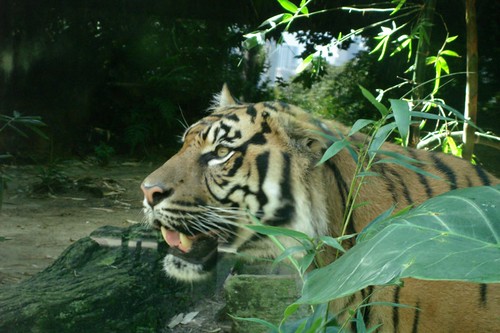 And then – no more holiday! Just 24 hours of flying and quite a few hours of waiting here and there (stop-over in Abu Dhabi with white-clad oil sheiks and their black-clad, veiled wives – imagine Dane staring wide-eyed!) and an absolutely horrible trip by taxi to the family in Surrey.

I know it’s been ages since my last post, but there really wasn’t the opportunity in Sydney and since we’ve come back I’ve had quite a few things to do and been suffering from jetlag that just wont go away!

I’ll give the blog a new suitable name (when I get around to it) but will continue to write. So hang on, please!

2 tanker om “Our time as leisurely travellers is up”